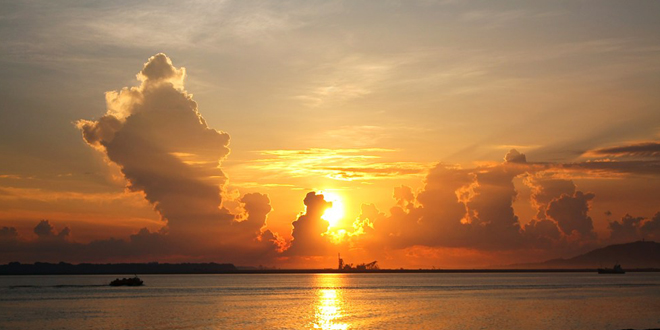 Snapshots from the Ultra: Last 42km

Stage 5
Time out of blocks for second lap of 42km: 11.47pm. The iPod dishes out the ABBA playlist (?!!) and it lasts me for a surprisingly long stretch of Round 2, including that mind-numbingly dull 8km stretch along the Changi runway. Something about chirpy ’70s Swedish pop that mixes well with the night.I’m tempted to walk the rest of it, but a) my walking speed turns out to be a very slow 4.3km/hr and b) mentally it’s just too painful to make the race last that long. Better be over and done with asap.Note to self: the run/walk system works.

I accidentally discover a neat little mental trick (involving quite a bit of Cantonese) that helps you run a lot faster and the average running speed is easily hitting 13km/hr now, even if it means I could only do it in short spurts.

Lesson three: when in doubt, do some maths.

Mental acuity is honed by constant arithmetic re-calculations of speed and estimated time of arrival, which shrinks from original goal of 13 hrs 30 mins to 12 hrs 30 mins. A small but audacious thought takes hold in my head: could I literally beat the sunrise?

By now the marathoners have caught up and it’s a gaggle of arms, legs, elbows everywhere. Sleep has also caught up with me and the spells of swooning come much too often for comfort. I’m scared I’ll hit the ground any moment and just shutt down for the rest of the night.

The only option, as it turns out, is to fight fire with fire.

Lesson five: that “slapping yourself in the face to wake up” trick from TV shows ? It works. Has the unfortunate consequence of alarming those around you, however.

Stage 6
It’s been 9 hours since we started running and the system is seriously asking for some shut eye. Just as well. I scan the distance for race marshals and a good patch of grass.

At around the 60km mark, I spot them.

With that, I plonk down onto the patch of grass and (try to) sleep. It’s a most surreal sensation, to be sleep deprived and trying to snatch a nap beneath the street lamp on a narrow patch of grass wedged between two lanes, all the while runners are shuffling on in opposite directions. It must’ve made for a strange sight but it gets to the point where nothing matters but doing anything that will take you across that finish line.

Stage 7
A fellow runner likes the little running system I’ve devised for Alan (impromptu pacing buddy) and myself. He invites us to join him at his support station a few hundred metres ahead. And really, that’s what the race is all about.Even though the journey is, at large stretches, a solitary one it’s the stories that you encounter and create that make all the difference.Earlier on a marathoner ran up to me and, having forgotten to take his energy gels on this race, asked if I could spare him one. At that point I felt like an outright candy store since I had about 4 different brands of gel on me so he could literally take his pick. “Thanks,” he runs off, “What’s your bib number? I’ll remember you.”

I doubt that he does; but it doesn’t really matter. The point is that it felt good to help someone else go the distance. There’s an unspoken rapport between runners, and an even stranger brand of magic between distance runners that only transpires by moonlight.

What a wild ride.

Even though the body is tired, I catch myself smiling at several points throughout the race because this is just so much fun.

You just have to be there to believe it.

Stage 8
A slice of watermelon, a cup of honey brew, half a mouthful of coke, and endless cups of water and isotonic drinks later, I’m finally in the home stretch. By now, it’s an uphill battle just to keep up with the self-mandated 6km/hour pace but the slightest crack of blue in the night sky heralds a daybreak I do not want to see until I cross the finish line.

I step on the gas pedal one more time and, to the tune of Jonsi’s “Go Do” (hands down the best marathon-finishing song — thank you Andrew!),  sprint down the last hundred metres just as colour creeps into the sky.

Race the night, beat the sunrise.

I never did expect this but here you go, one foot in front of the other and suddenly, I’m there in 12 minutes 28 minutes 5 seconds.

“Tired” does not even begin to describe this moment. But then, neither does “elated”.

The day we finished the Sundown ultra marathon, the sunrise was perfect.