So they said the race will end at the Great Pyramids.

Thanks to my hyper-active imagination, I had this vision of a surging 100+ man contingent charging towards the Pyramids from afar, raising dust from the horizon like Lawrence of Arabia on his horse. Oh, it would be a very grand affair indeed.

That was the dream.

Now the reality: we decamp, get on a bus and go on a bumpy ride for three hours. We are dropped at the Pyramid entrance, we go through security check like cattle, then we get to do a 2km victory lap to complete the final leg of the 250km. There’s nothing particularly wrong with this picture, except by the time we make it to this point in the race, everyone is extensively dirty/ mangly/ sunburnt/ injured/ banged up in their knees/ thighs/ back, etc. such that we no longer bear much resemblance to human beings, much less the venerable Lawrence.

The trekking poles have been demoted from being Desert Lightsaber to this-is-the-only-reason-I’m-still-standing crutches. The feet are also sufficiently blistered and bandaged for us to look like a bunch of stiff mummies limping back to our pyramid tombs.

Man, it was not pretty.

But we did get to the final finish line somehow, plus or minus a few ounces of dignity. I will be the first to admit that the end was a tad anticlimactic (to be fair, it’s hard for a 2km leg to eclipse the end of a 94km odyssey just the day before.) But!! There were pizza and drinks and family waiting for us at the end. And they gave out finisher medals the size of pancakes.

I will do this all over again in a heartbeat.

And the best hat award goes to… 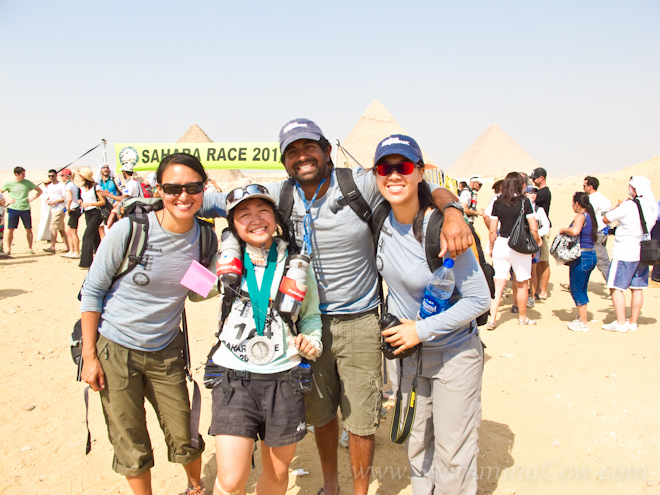 The amazing doctors/ guardian angels of the race. Special thanks to Avi and Cassandra! 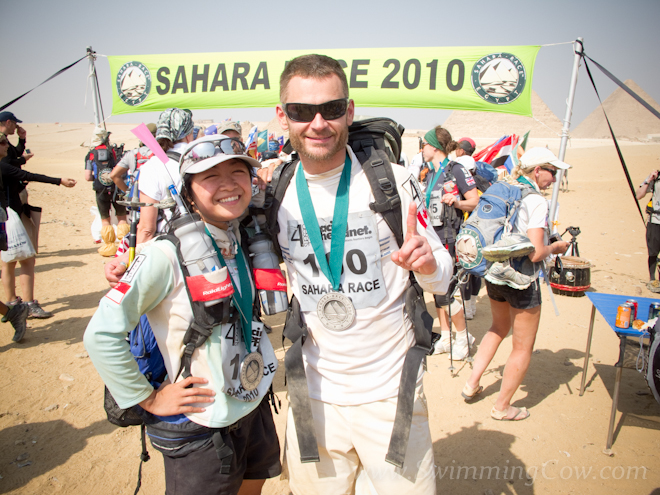 At the final finish line with the one and only Papa D.