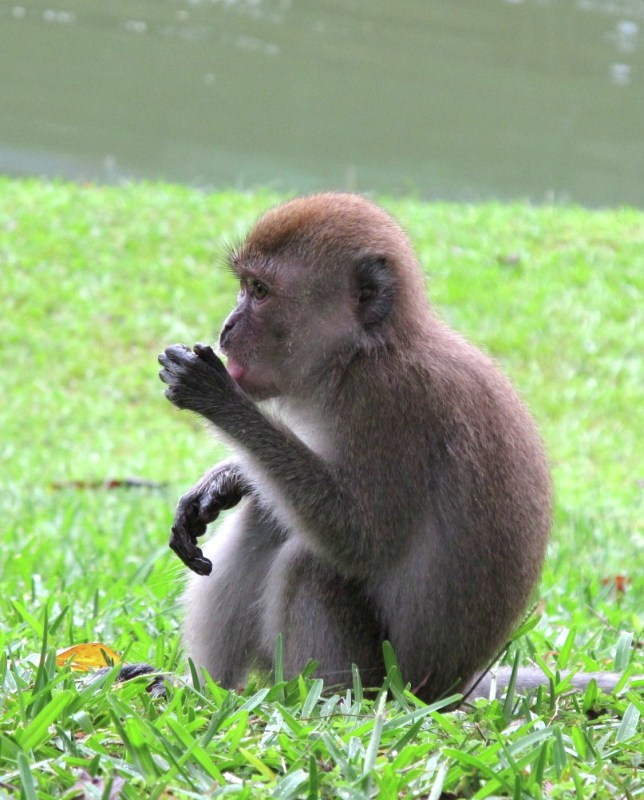 In which Jane meets the Beanstalk.

Today marked my first run with a loaded backpack to test the conditions for the actual race, where we’ll be carrying around 10kg on our backs.

I packed a 5kg bag of rice into the Raidlight backpack and started off to MacRitchie Reservoir. It really is a jungle walk out there! On the bright side, if I get stranded there for any reason I’ve got enough rice to feed a family of 20.

Anyway 12km and 20,000 steps later, I’ve cleared the first trial run / walk! Wasn’t half as bad as I expected. The key is to keep a good posture so your back and neck doesn’t take too much stress. The iPod kept me happily chugging along while nature continued to fascinate at every turn. See below :)

This was also the first chance I had to take my new Canon G11 out for an adventure. Wowww. Am just bowled over by this. It’s been a while since I tried a point-and-shoot camera since moving onto the DSLR range. But… do they all pack such a punch these days?

Warning: Jane the photo geek ahead.

A 360 degrees swivel screen that I’ve missed sorely on all my Canon models since owning the PowerShot A95, a wide angle mode, Image Stabilization to kill camera shake and to take photos in darker conditions (not that this would be an issue in the Sahara I imagine!), ISO of up to 12,800 in low light mode, video recording for up to 1 hour per clip (preposterous! I remember the days when I could only do 3 minutes max on my Canon PowerShot A95!), and more scene shooting modes than you can shake a stick at (not that I really care for this because I never use this function).

The cherry on the cake? A built-in Neutral Density filter capability to improve shooting in ultra bright conditions (Sahara, I hear your name).

But the niftiest feature of the lot HAS GOT TO BE the new face recognition feature for group shots. The G11 will only take a photo when it detects an additional face joining in the group. I guess they just wiped out the era of awkward 10 second dashes trying to get your own face into a photo.

This is just full of win. I wonder what else it does? Totally provides a whole new excuse to take it for another 12km trail session soon.

And for those interested, the latest in this camera series is the Canon PowerShot G15. Unfortunately, it doesn’t come with a swivel screen, which I find so important. So if you’re looking for something similar, the latest model is the Canon PowerShot 12, which I also now own (FYI, Canon did not make a “G13” and “G14”). What’s the difference between the G11 and the G12? For me, the main thing is the HD video recording function in the G12, which has helped to capture many spontaneous moments when I didn’t have my DSLR with me.