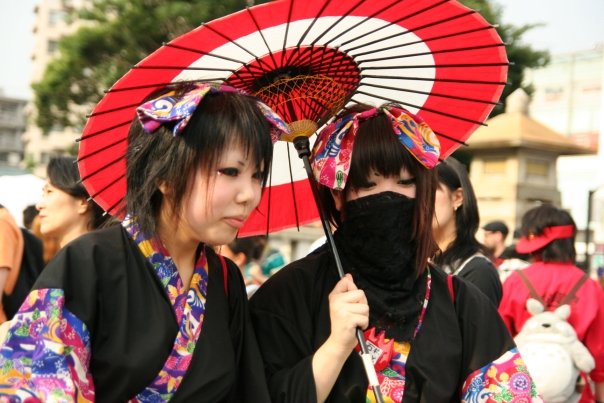 I love discovering the world and learning about how it works, which is a big part of why I travel so much. But discovery takes many forms; language is another fascinating domain to explore because understanding the lingua franca of a country is a great way to understand the underpinnings of its culture.

In 2015, I was finally able to fulfill a dream I’ve had for the last 20 years: being able to speak Japanese. I was only able to spend half a year on this (well, technically 7 months) – for reasons I’ll come to later. During this short time, I went on a breakneck pace and covered the equivalent of about 2 years’ of course material. By the end of it I was able to watch TV shows and movies, read websites and manga, and even talk to a Japanese for an hour and half on a wide range of topics (immigration policies, the challenges of running a business in different countries, cultural differences, etc.) without any major issues.

Perhaps the highest form of compliment after all the effort is how often I’m mistaken for being Japanese by Japanese themselves. One person spent about 10 minutes talking to me before I mentioned something that happened in my home country, which finally prompted her to ask, 「あれっ、日本人じゃないですか？」 (“Wait, you’re not Japanese?”) while another was halfway through our meal before he made the same realisation.

There’s clearly still a ton I need to learn – Japanese is highly nuanced and notoriously difficult. I see myself working on this for the rest of my life, but at least a foundation has been built and I’ve gotten to a level where I can comfortably converse.

This isn’t my first time learning a foreign tongue (I’ve grown up speaking 3 languages; Japanese is my fifth language) but it is the first time I’ve gotten to this level of fluency in such a short time. During this time, I learned a lot that can be applied to the learning of any language, whether you are self-studying or learning from a teacher.

So in this post, we’re covering the 6 most important things that you need to do in order to learn a language and to learn it well.

What do people do when they decide to learn a language?  Most will sign up for a language class that usually meets once a week and there’s nothing wrong with that. But the problem lies in the inherent attitude that I’ve seen over and over again at different language schools: an astounding number of people seem to turn up in class with a “wait and see” attitude; that is, they’ll go for classes and see if they like it. Between classes, they rarely bother to revise the material that was taught or look ahead at the chapter about to be taught. Without fail, those are the people who drop out as soon as the course is finished.

Preview and review of material are critical if you want to make progress in something like language – an inherently complex matter that you can’t learn well if you only pay attention to it for a few hours once every 7 days.

What really helps is setting specific goals early on, such as “I will spend at least X hours per week to go through material I didn’t quite understand in class”. Setting clear, quantifiable goals helps to keep things in check as it’s easy to tell when you’re not putting in the work you’re supposed to. Don’t let things slide – language learning is a long journey and you need to put consistent effort into it.

#2. Find a System That Works For You

The first language school I signed up for was teaching at a very slow pace and its curriculum included a lot of rote learning, which might work for some people but didn’t for me. After finishing one course there, I did more research and switched to another school that had a unique methodology and taught at a faster pace. This school also offered different options: you could learn via scheduled classes or private lessons where you are the only student.  I felt far more engaged at this second school and spent the rest of my time there.

When we were kids, we didn’t have much of a choice in who we got as teachers or what our curriculum was. With language schools, that’s no longer the case. Use this difference to your advantage; you don’t have to be stuck in a system that doesn’t work well for you. Do the research and find a place or a teacher that teaches in a style that suits you best.

Soon after I started at the second school, an opportunity came up to move to a distant country. Since I really wanted to cover as much material as possible before leaving, I switched to private classes at this school and was able to progress even faster, covering 18 months of material in 4 months.

Every evening after a class, I spent about 1 to 2 hours going over what was taught. This helped me absorb the material better and understand it at a deeper level; it also prepped me for the next class, which often built upon what was taught. Make a habit in reviewing so that the knowledge sticks better.

When the teacher sees that you have no trouble with the material that was taught, she will be able to move on to the next chapter and cover ground faster. When there’s spare time she’ll likely teach you bonus material that isn’t usually taught. You also feel more confident about your abilities and enjoy the learning process more.

There’s so much upside to reviewing I can’t emphasise it enough. Making time to constantly review the material taught, no matter how busy you are, is a big part of why I was able to progress at over 3 times the speed of a normal class.

When you review, don’t just re-read the chapters silently. Think of ways to construct sentences with what you just learned; read sentences aloud so you get a better feel for how the languages sounds. If you want to sound like a native in a language, you’ll probably need to shape your mouth and tongue in ways that you didn’t have to with your mother tongue. The more time you spend practicing, the greater the payoff.

Progress in language acquisition can be defined by how immersive an experience you had. The more time you spend exposing yourself to this language in your daily life, the easier the language sticks. This is why people grow by leaps and bounds when they go on a language exchange in their “target country” and why others can spend years studying a language and still sound like a newbie; one group was thrown into an environment where they were forced to read, hear, and speak the language and the other was not.

Even if you don’t go abroad, there are many ways to expose yourself to your target language. In my case, I switched my phone’s and Facebook’s language to Japanese so I was forced to process the language constantly. Shopping lists were written in Japanese so I could get practice writing and reading it. When I got ready for work in the mornings, I tuned in to Japanese radio talk shows. I read entertainment news in Japanese (since those usually use simpler vocabulary than, say, articles on politics). It didn’t matter that I couldn’t yet understand 100% of what I was reading or hearing; it was important to see how natives used the language in real life because the pace and the grammatical structure could differ from what you’re taught in school, which is almost always the “grammatically correct but too formal by half” approach.

Have fun with this – pick things that you want to read or learn about (I read a bunch manga – Japanese comics – and watched a lot of Japanese dramas… all in the name of studying).

The adage “practice makes perfect” is particularly relevant to languages. So if you really want to be good at a language, it’s imperative to find ways to practice writing and speaking your target language beyond what’s already done in class. I made it known to all my Japanese and Japanese-speaking friends that I was trying to learn the language and asked if they could help by mainly conversing with me in Japanese – everyone was happy to help.

There are a ton of online solutions too. I signed up at Lang-8, which is a language exchange platform that has a bunch of great features. It was originally set up as a blog where you can write posts in your target language and have native speakers help correct your entry and vice-versa, it’s become a great way to meet people who want to become language exchange partners over Skype so you can get loads of conversational practice as well. I love it; the website’s really easy to use and the community is always so supportive. Also, did I mention it was free?

Another great site I’ve had great results with is MeetUp.com, where it’s easy to find groups that are interested in the major languages of the world. These groups consist of native and non-native speakers and usually meet up fortnightly in a cafe to just chat in the target language – a great way to practice your linguistic chops in real life; you’re of course free to just listen to people’s conversation if you don’t feel particularly like speaking.

When first learning a language, most people – including myself – feel really shy and self-conscious about speaking because we worry about making mistakes. The first time I spoke to someone in Japanese at a meet up, I was so nervous I was actually sweating and my heart was pounding. The paradox to remember, of course, is that you can’t improve if you don’t practice. So don’t let your fears and anxiety stop you. Reach out to people even if you’re not comfortable with the idea at first, and after one or two tries at these Skype calls and language meet ups it feels really normal and you’re just there to catch up with friends.

#6. Create Routines And Stick To Them

All the above probably sounds like a lot of stuff to incorporate into your life, but if you stick to them for, say, a month they become routine and you’ll find that it’s no longer an effort to read, listen, or speak in your target language. You’d be amazed at the progress you’ve made and this creates a positive feedback loop that makes you want to learn and improve more.

The top reason why people fail to pick up a language is lack of regular exposure and practice. Once you’ve gotten over the hard part – learning the language – don’t go through the trouble of forgetting it. Even if you’re not going for classes, make a habit of reading articles in the language regularly, make a pact with friends to Skype, or do whatever it takes to retain all your ability in the language and work to improve over time through self-study if attending classes isn’t a long-term option.

None of this takes a lot of effort if you design it so that you enjoy the process. And as with all things in life, you’d be amazed at how much you can accomplish once you’ve set your mind to it.