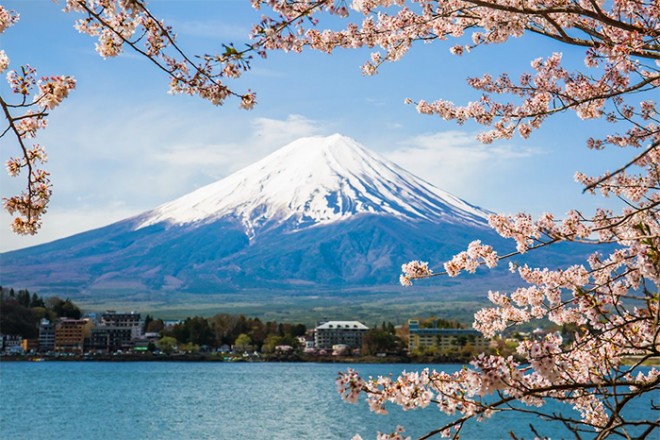 Recently, I’d received several questions on tips for learning Japanese. This is a topic I’d covered in a post 6 years ago, but I’ve since had the time to reflect and work on my Japanese more, so I’m adapting a more recent piece I’d written for another platform and republishing it here. I hope it’s helpful!

I know learning Japanese can seem intimidating and put some people off learning it in the first place. Which is a shame, because it can be such an incredibly rewarding journey once you start.

I picked up Japanese in a relatively short amount of time, covering 2.5 years of material in 7 months, and am now able to hold hour-long conversations with native speakers. I thought I’d share my Japanese learning experience, what worked, what didn’t, etc.

Of course, since language-learning is effectively a never-ending process, I’m still learning as well. But the other day my tutor mentioned that my Japanese is comparable to someone who’d been living in Japan for 5-7 years, which is good enough for me at this point, especially since I’ve never actually lived there!

This guide also assumes that you already know the basics of Japanese (i.e. hiragana, katakana) as well as the 6 basic types of verb conjugations.

Also, to be clear, I’m not saying everyone can/should go at the pace I’d gone at – nor do I recommend it unless you’re prepared to put in a ton of hard work. But there are some tactics I used that should make everyone’s learning journey a tad easier/smoother.

So hopefully this post is helpful to anyone (newbies in particular) trying to make progress in this amazing but at times tricky language.

Have A Clear Idea Of What You Want To Achieve

I don’t intend to live or work in Japan so have no intentions of reaching JLPT N1 level proficiency. So if you’re hoping to move to Japan or need to obtain certification, there’re better resources for you out there.

Personally, I just really like the language and wanted to be able to speak conversationally at length with native speakers – and by that I don’t mean just discussing what we each did over the weekend but more advanced topics like discussing cultural nuances, concepts/ abstract ideas, the causality of social issues, etc. as one might with friends. That’s what I’m comfortable doing now.

If you’re new to language learning, I’d recommend setting clear goals for yourself from the outset: what is it exactly that you hope to achieve by learning the language? Is it so you can understand TV shows, where listening skills are paramount? Or so is it so you can be an active speaker in the language? A clear purpose can help shape your learning journey and help identify which are the right resources for you. Sounds obvious but you’ll go a lot quicker when you’ve got a clear destination in mind.

How It Started: Formal Lessons

I spent 7 months studying Japanese at a Japanese language school whilst working in Singapore. We had classes once a week, an hour each time. The first 4 months were spent in a normal class following the Minna no Nihongo textbooks/syllabus, which I found to be really good in that the approach was sensible and easy to understand for non-native speakers. We were grilled on verb conjugations and that helped massively (more on that later).

The last 3 months I had regular one-on-one classes with the same teacher, using the same syllabus. By the end, I was told that we’d covered 2.5 years of material during those 7 months, which seems to jive with what I’d been told by native speakers soon after I finished the course – many estimated that I’d learned Japanese for ~3 years.

This was a few years ago. After 7 months of studying the language, I’d moved to another country and spent the next few years in “maintenance mode”, just trying to not forget what I’d learnt instead of furthering my studies or expanding my vocabulary. My Japanese fluency definitely slipped during this maintenance period.

In no particular order…

Loads of websites have recommendations on Japanese learning resources, so I’ll be brief here. My favourite Youtube channels for learning Japanese are:

Miku Real Japanese – great for listening practice (she has a series on this alone) and for understanding the nuance between similar expressions.

Onomappu – a relatively new channel but like Miku’s channel, the videos here always come with Japanese and English subtitles and have entertaining skits to help you learn the language with context, which makes it easier to remember the lessons.

秋山燿平 – another channel with high entertainment value and lots of cultural insights. The videos might be slightly more convenient for Chinese speakers but English and other languages are available as subtitles.

Outside of Youtube, I rely on Weblio a lot for learning and reviewing new vocabulary. They give lots of sample sentences and seeing these help to fortify my understanding of the word and the language itself.

The key to becoming truly fluent in Japanese lies not in only learning its vocabulary, grammar, syntax, etc. but in grasping the cultural context and its concomitant parameters (eg. what is socially acceptable to say and the manner in which to express your sentiments). This is true to an extent for all cultures, of course, but in cultures such as Japan’s where being indirect is more important, grasping its set of implicit rules (暗黙のルール) and social norms will take your language proficiency to the next level.

For instance, the French and Americans have a fairly direct culture; if, say, you’re in conversation with someone and you happen to have a differing view on a subject, it’s generally acceptable to say “no” or “I disagree”. But if you did this in a Japanese context, you’d certainly get your point across but you’d also come across as aggressive. Whilst there are certainly words for “no” in Japanese, these words are rarely used for the purposes of rejecting someone or their point of view. Instead, rejection is done in a much more indirect/roundabout way.

The reasons for the indirect slant are couched in the Japanese concept called omoiyari (思いやり), which sits at the heart of Japanese social norms and conventions. There’s no direct translation for omoiyari in English, which is a shame because I think the spirit of it is profound and beautiful and deserves to be practiced at a global level.

To put it simply, omoiyari is a blend of the Golden Rule, being compassionate and considerate towards others (even if at a cost to your own comfort or convenience), and the act of bestowing dignity on all whom you interact with. If you want to read more about it, this is a great article on omoiyari. Separately, here’s a video where two Japanese explain why Japanese people don’t generally express their thoughts in a direct/straightforward manner. (For English subtitles, turn on “closed captions” and select “auto-translate” > English.)

If you’re learning Japanese at a beginners/intermediate level, don’t let the multitude of implicit rules put you off learning the language. Whilst the rules are useful to bear in mind, my personal experience has been that many Japanese people are very gracious and forgiving of social faux pas that non-natives make. So a deeper understanding of cultural norms is something that would really matter more to someone who’s aiming to speak Japanese at an advanced/near-native level, not those just starting out.

That’s it! Thanks for reading this far and I hope at least some of it was useful. In short, Japanese really isn’t as hard as it’s reputed to be, but in my experience studying it intensively and systematically in the early stages helps build a good foundation that will allow you to retain and grow your ability later on far more easily.