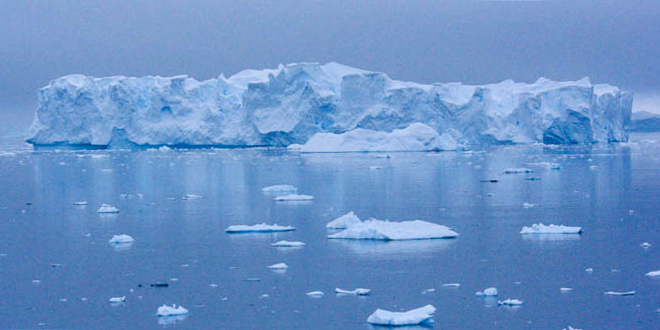 Leaving Antarctica doesn’t happen in any obvious way. It is not that you see icebergs and snow one minute, and green earth the next. No; the Continent trickles away bit by bit. By the time you realize what is really going on it is far, far too late to catch one more glimpse of her ethereal beauty.

It must have happened in those moments when I was floating like an enervated ghost between the library and my cabin; I had been locked in battle with a terrible cough/sore throat/flu/seasickness. The general grogginess brought about by all the above had robbed me of any energy I had left after the exhilarating trip. I knew I should have tried to attend more wildlife lectures, spent more time watching for the last of the albatrosses, played one more game of chess with my friends. But to be honest all I could think of doing at the time was sleep. Whenever I wasn’t sleeping, I was either performing involuntary ship ballet as the Orlova cut across another big wave or dozing off with an unread book in my lap.

And so it came to be that in a fog of general fatigue and denial, I let Antarctica slip quietly from the horizon.

Perhaps being in such a groggy state was for the best– it dulled the pain of realizing what I was leaving behind, of knowing that I may not see Antarctica for a long, long time to come, if ever again.

Do I have any regrets? Sure I do. I regret missing Jamie’s lecture on South Georgia, I regret the missed breakfasts and the loss of beautiful conversations with fellow travellers. I regret having foregone all social activity in the name of sleep. But I really shouldn’t be complaining. After all, it had been the most fantastic journey that was every bit as remote and rejuvenating as I had hoped it to be. This was, truly, Earth’s last frontier. Antarctica was a pristine world where even the tentacles of our technology could not reach. This, from beginning to end, had simply been a voiceless dialogue between us and Nature.

And as all things must come to an end, so did our Antarctica expedition. In the span of a few days, the world began to change before our very eyes. The days became shorter, the sunrises and sunsets more pronounced. Then, without warning, the Orlova simply ceased to pitch and roll: we had arrived back in the calm Beagle Channel.

antarctica cold cruise 2009-02-03
cowbell
Share !
Previous: Back to the Twilight Zone
Next: Every day, forever.