This is where the fun really begins

August 30, 2010 Comments Off on This is where the fun really begins 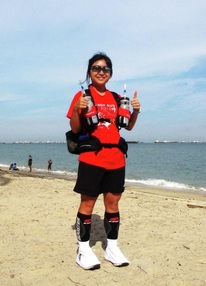 A blizzard of things has blown by in the last 48 hours, including a milestone run, a surprise shout out, priceless talent, heartwarming generosity, and jaw-dropping a capella. So basically life is going at a thousand miles a minute, which is how I like it. Let’s see if we can sum this up succinctly: Milestone run Latest milestone in the recent rounds of training was clocking 15km on sand with a 7.5 ... END_OF_DOCUMENT_TOKEN_TO_BE_REPLACED

It’s exactly one month from my little excursion to Cairo! Looking up hostels to stay in, seeing familiar street names and just the general thought of being in that city gives me the tickles. It still hasn’t sunk in yet — that I’ll be walking down Talaat Harb again, bargaining deep in the maze of Khan al-Khalili (because like all Hong Kongers I hate being ripped off and love a ... END_OF_DOCUMENT_TOKEN_TO_BE_REPLACED

Random things that make your day

August 26, 2010 Comments Off on Random things that make your day

– Getting a call from a friend who had once sworn off running saying, “I decided to start running. Can you come help me pick out a pair of shoes?” – Getting a text from said friend a few days later: “Ah, the pleasant ache of well-exercised muscles.” – On asking friend how he found the Asics we picked out: “Felt like I was running on clouds.” – Hearing from ... END_OF_DOCUMENT_TOKEN_TO_BE_REPLACED

Save the date: 4th September!!

It’s official, ladies and gents! Loof, World Vision, and I are proud to present to you The Desert Party @ Loof! Do come and join us. 15% of bar sales before 11pm will get donated to World Vision’s VisionFund. There will be a huge range of both non-alcoholic and alcoholic drinks plus food PLUS a view of our new skyline. There’ll also be goodie bags with, among other things, something that’s too ... END_OF_DOCUMENT_TOKEN_TO_BE_REPLACED

August 22, 2010 Comments Off on Ignorance is (delayed) bliss 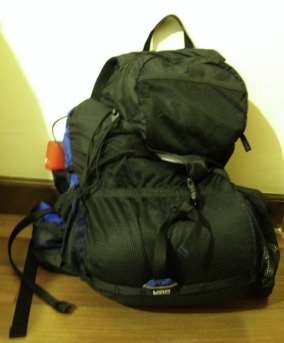 I’m just a little backpack, innocent as a bee After brunch again this weekend (yes, it’s a particular weakness of mine), I managed to catch the midday heat and grabbed a 7kg (or so I thought) backpack to hit the trail again in the afternoon. Was a bit frustrating throughout the run because I just didn’t quite seem to be able to hit my usual speed. “Was it the quiche? ... END_OF_DOCUMENT_TOKEN_TO_BE_REPLACED

We’ve launched the lucky draw! A huge thank you to the prize sponsors: Pan Pacific Singapore, Canon, Bang & Olufsen as well as a generous friend for putting up the prizes. Through this campaign, we’re hoping to raise the profile of runners and of World Vision, even if only by a little bit. Entries will be showcased at the upcoming fund raiser party at Loof on 4 September, which starts ... END_OF_DOCUMENT_TOKEN_TO_BE_REPLACED

August 20, 2010 Comments Off on Irrational rationalisation

Nothing removes guilt from a food shopping spree better than the excuse: “but, this chocolate bar is going to give me energy AND potentially save my life in the desert!!” NOM NOM NOM. In other news, am trying to read a book about the Sahara before the trip so I can truly appreciate the legends and fables of that land. That’s right. On top of normal work and training, fund ... END_OF_DOCUMENT_TOKEN_TO_BE_REPLACED

August 19, 2010 Comments Off on Minimum Requirement

Back in the days when runway models were still somewhat relevant, a certain model (Linda Evangelista) had declared, “I don’t get out of bed for less than $10K a day.” You know what? I can say the same these days too! “I don’t get out for anything less than 10K.” Except I mean 10km… :p It’s just crazy how the distances shrink by the day, to the point where anything ... END_OF_DOCUMENT_TOKEN_TO_BE_REPLACED

Life is a marathon; embrace it. 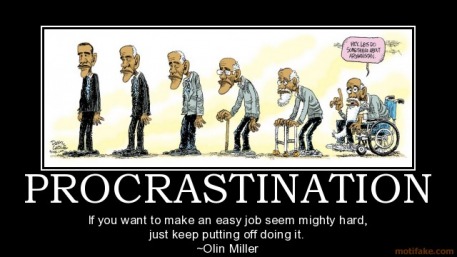 There will be days when the going gets tough. Like when the deadlines hit and you end up pulling a 70-hour work week with hardly enough time to sleep or train, or when a bout of bad flu decides to pay a visit and training becomes out of the question, or when the weather decides to play tricks and pours torrential rain on a precious weekend morning. In between all ... END_OF_DOCUMENT_TOKEN_TO_BE_REPLACED

August 15, 2010 Comments Off on Marathon Weekend

Didn’t exactly clock 42km but after catching a bad bout of cold/flu and not being able to exercise for the past week, I was finally able to put in some serious work over the weekend. It’s VERY painful to be sitting out on training, might I add. Probably easier to just go out and whack 10, 15km instead of following some self-imposed exile from exercise because the body needs to recover first; you can ... END_OF_DOCUMENT_TOKEN_TO_BE_REPLACED